Upon his arrival to Canada in 1950, Josef Huber Sr. knew that if he was going to be successful, he would have to rely on his family. They’d come to this country with very little, and with his wife, Anna, and a child to provide for, Josef was abundantly aware that learning quickly, working hard, and adapting to his surroundings would be essential to their survival. In spite of some initial language barriers, he quickly worked his way up from cabinetmaker to carpenter to contractor. 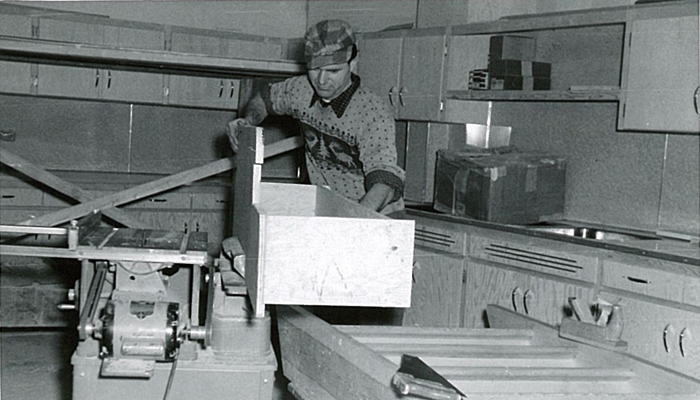 Husband and wife would teach each other English, encourage one another, and grow their family, all while combating the cold of the Canadian prairie. Years passed and the family grew to love and admire their adopted country, a place where hard work could easily be converted into opportunity. One day, Joe’s sister and brother-in-law called from out West, urging him to move to the Okanagan and buy a small motel business. The family saw a chance to make their mark, and they made the decision to seize it together.

The Huber’s soon relocated their family to Penticton, BC, and bought a ten-unit motel called the Kreekside. Joe quickly developed a propensity for the hotel business. A man of many social graces, he enjoyed interacting with guests, with employees, with just about any one he came into contact with. He believed that treating the customer with respect and kindness was the cornerstone of success in the hotel industry. Both his parents and Anna’s mother lived on site with the family, and worked along side Joe and Anna to run the business successfully. Joe continued to stake his own claim by systematically expanding the Kreekside Motel, and then built a second property in Penticton, the Lakeland Motel. These were the first in a long line of motels and motor inns that he constructed and operated. 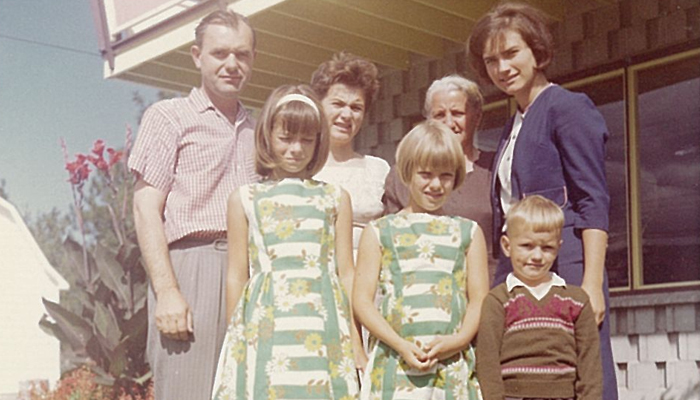 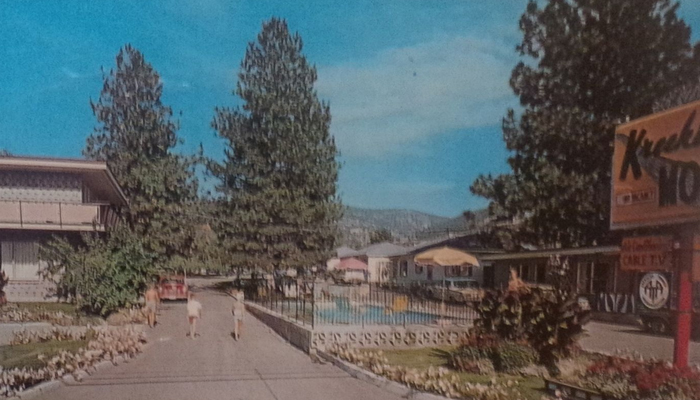 As Joe became increasingly successful, he purchased the Four Seasons Motel in Kelowna. Joe and Anna expected their children to contribute to the business just as much as they had over the years. The three daughters, Ilse, Ingrid and Hilde, had responsibilities in housekeeping, the front office, and interacting with guests. They worked tirelessly, all while balancing their school work and active social lives. The youngest of the four children, Joey, pitched in with chores such as lawn mowing, but his major contribution to the family business would come later – contributions that would drastically shape the direction and scale of the family business forever.

In the summer of 1986, Joe Huber Jr. had just completed his Master’s Degree in Business Administration at the University of Arizona. His goal upon graduating was to make a firm foothold in the American hospitality industry; however, it wasn’t long before his father came calling, imploring him to come back to B.C. to help him run the Park Lake Motor Inn. Much like Joe Sr. had previously been beckoned out West by his sister and brother-in-law, Joe Sr. himself was asking the same of Joe Jr. Always the dutiful son, Joe Jr. returned home to help repay the opportunities granted to him by his mother and father. 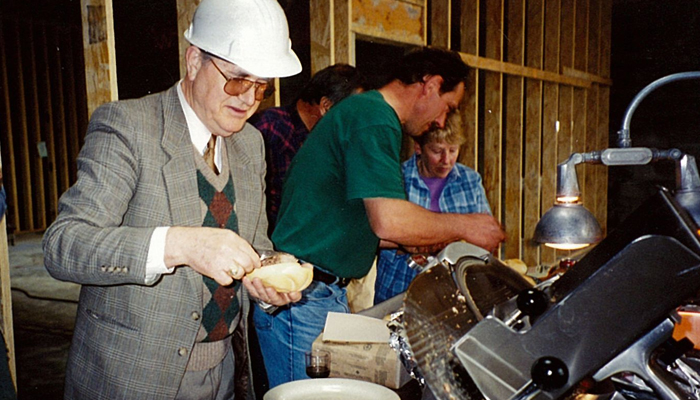 The crew and Joe Sr. enjoy a staff luncheon, 1980s 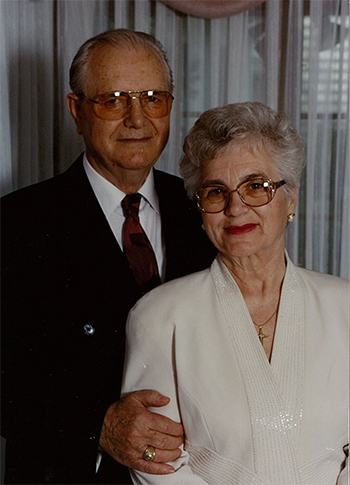 Once Joe Jr. had found his footing at the Park Lake, it wasn’t long before he started to convince his father that they needed to upgrade the property to a hotel. Guests deserved to get as much for their dollar as possible – better service, better amenities, and a better overall stay. His dream was to give tourists and families a premium hotel experience without having to pay premium prices - and he wanted to be able to do that all across his native British Columbia.

Joe Jr. and his father started researching other potential locations. First, in 1993 they decided to build a new hotel in neighbouring Vernon, the first property to be known as a Prestige.  Soon after, their second Prestige property would be built in Golden. Later, after they received guest input at their new Golden hotel regarding the lack of full service hotels in south eastern BC, Joe Jr. and Joe Sr. scoured the Kootenays, finding ways to strategically build hotels with all the amenities in communities that were well suited to their business model.

By 2001, there were Prestige properties added in Nelson, Cranbrook, Radium, and SalmonArm. Joe Jr.'s ingenuity and vision had turned a modest motel business into a chain of upscale hotels and resorts spanning across B.C. With his father at his side, and his family supporting him, he had taken his father’s business and improved it in countless ways, making an indelible mark in the British Columbia hospitality industry in the process. 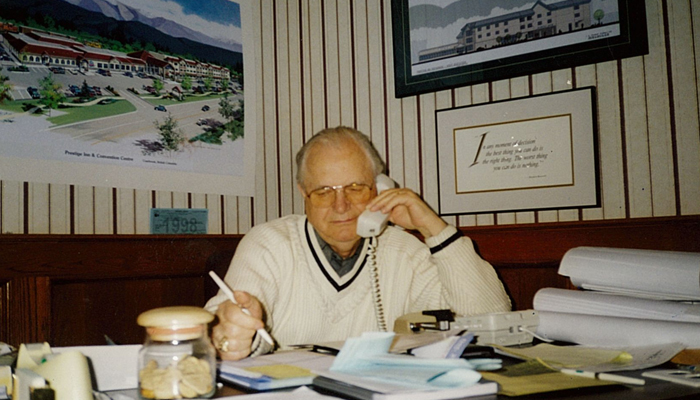 Today, Prestige continues to maintain the same sense of family involvement that Joe Sr. helped promote. Noted interior designer and youngest daughter of Joe and Anna, Hilde Schneider, has made immeasurable contributions to the look and feel of each Prestige property. Kristi Huber, their daughter in law, developed the accounting department that put financial systems into place to help manage the growth of Prestige. CEO Joe Huber Jr. and President Terry Schneider – Hilde’s husband – also continue to cultivate their own extended family within the company. Thanks to their efforts in training General Managers and Corporate Office staff, they have brought many bright, exciting new faces into the Huber family fold – faces that have helped mold and shape the company into what it is today.

Since its beginnings almost 30 years ago, Prestige Hotels and Resorts has grown into a collection of 15 properties spread across B.C. They can now be found throughout the Okanagan and Kootenay Rockies regions, and a dream to build a luxurious oceanfront property on Vancouver Island was realized with the opening of their Sooke property in 2011. In more recent years, three properties have been acquired in Northern B.C., and the company has returned to the place where it all started, Vernon, where they’ve most recently purchased the Vernon Lodge and are in the process of restoring it.

Prestige proudly remains B.C.’s finest family-owned chain of resorts, hotels, and inns. Delivering superior guest experiences with a personal touch continues to be at the forefront of the Prestige experience, and hard work and kindness remain pillars of the company’s values. In late 2022, Prestige was proud to join the exclusive collection of WorldHotels properties with nine of its locations being welcomed into this partnership. As the first hotels in Canada to be join, Prestige looks forward to the exciting opportunities that the partnership will bring.